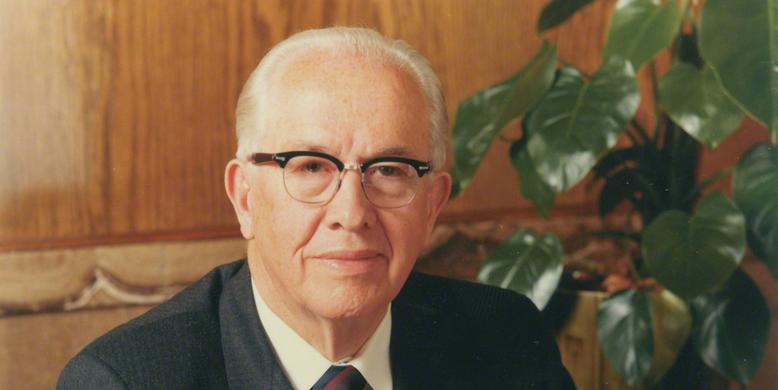 In a 1979 BYU 14-Stake Fireside devotional (In His Steps), Ezra Taft Benson expressed a desire for a generation of people who would eat like the prophet Daniel of the Old Testament. Because Daniel obeyed God's laws for sustaining a strong body, as well as laws that enabled his ascension in grace, his capacity to do good was greatly magnified and his righteous influence greatly blessed Israel. As the recent song, "Glorious" so beautifully suggests, we each have a melody to play (a life's mission) in the Lord's beautiful symphony of love and good works on this earth. As we each respond accordingly, the outcome will be truly glorious. In another talk President Benson encouraged us to study the words of Flavius Josephus, who was a Jewish Historian that was a contemporary to Christ. In book X, chapter 10 of the Antiquities of the Jews, Flavius Josephus sheds perhaps the greatest light ever written on the prophet Daniel. His description gives great insight regarding how Daniel ate.

King Nebuchadnezzar of Babylon conquered Jerusalem in 605 B.C. His armies carried away the elite of Israel into captivity, and among those taken were some of the most noble of the Jews that were children, and the kinsmen of Zedekiah, Israel’s king, such as were remarkable for the beauty of their bodies, and the comeliness of their countenances. Nebuchadnezzar delivered them into the hands of tutors, and to the improvement to be made by them.

He gave them provisions of food from his own table, and had them instructed in Babylon’s university, where they were taught the learning and language of the Chaldeans. His intent was to train the best and brightest slaves for administrative positions of service in Babylon. Among those that were selected to be groomed for service to the king were four of the family of Zedekiah, who were perfectly faithful to God in all things; Daniel, Hananiah, Mishael and Azariah.

Spiritual sensitivity and strength is linked to obedience to God’s law of health. From Adam to Noah man’s food was all vegetable, and the blood of animals was never shed, nor was flesh ever eaten (The Government of God, Chapter xii, John Taylor). After the flood God gave permission to Noah to eat the flesh of animals but only when it was needed to save man’s life (see JST Genesis 9:10-11, D&C 89:13, 15).

Although God allowed the Israelites to eat flesh, Daniel and his kinsmen did not need it to save their lives; and their desires were toward the fruits, vegetables, and grains that grew in the fertile Mesopotamian earth. Moreover, the food from the king’s table was used in sacrifices to Babylon’s war Gods before it was served to Hebrew slaves. According to Levitical law, this made it common and unfit to be eaten.

Daniel and his kinsmen resolved to not eat any food that came from the king’s table, to drink water instead of wine, and to entirely forbear to eat the flesh of animals. Daniel asked his overseer, to whom the care of them was committed, to give them seasonal fruits, vegetables, and grains that were available in the local market. The desires of Daniel and his kinsmen were toward all such foods.

Daniel’s overseer believed that such a diet was too meager, especially in comparison to the other slaves, who would fare better, as he supposed, by eating the king’s meat and drinking his wine. Thus Daniel’s overseer believed that by granting Daniel’s request, he, their keeper, should bring himself into danger of punishment from the king. Daniel convinced his overseer to give them what food they desired for ten days, by way of trial; and if their bodies were not altered for the worse, to go on in the same way, as expecting that they should not be hurt thereby afterwards; but if their keeper saw them look worse than the other children, he should reduce them to their former diet of the king’s choice of foods. Their keeper agreed, and when it appeared that Daniel and his kinsmen looked even better than those who were fed the king’s meat and wine, their keeper, from that time, securely gave them the aforementioned diet.

Thus were their souls in some measure more pure, and less burdened, and so fitter for learning, and their bodies better tuned for hard labor; for they neither had the former oppressed and heavy with a variety of meats, nor were the other effeminate on the same account. So they readily understood all the learning that was among the Hebrews and the Chaldeans, and they progressed rapidly in their studies and training, as especially did Daniel, who being already sufficiently skillful in wisdom, was very busy about the interpretation of dreams; and God manifested himself unto Daniel.

After their three years of studies were complete, the king communed with Daniel and his kinsmen and found that in all matters of wisdom and understanding they were ten times better than anyone else in his kingdom. They were esteemed and loved by the king because of the very excellent temper they were of, and because of their application to learning, and the progress they had made in wisdom.

Daniel was thereafter made chief of the king’s wise men, chancellor of the king’s national university, and ruler of all Hebrew captives. His choice to live God’s highest laws in his generation, led to him being favored and bless with light, truth, and grace that are associated with the highest laws that we can live. He was thus enabled with capacity to greatly bless Israel during its 70 years of bondage.

We hope you will join us.

Special Note: Before engaging in Daniel's Challenge, please study carefully each of its seven parts:

Also, it is good to do Daniel's Challenge with a friend or friends who also have great interest in doing so after they read and study these seven different parts. You can use any of the sharing features below to share Daniel's Challenge with them. Also, we are offering Video Conferencing to all who desire further assistance. It important that you make this a permanent lifestyle change, and it is good to have expert assistance from time to time, when it is needed. Best!

Permalink Reply by paulandnorahealey@hotmail.com on July 23, 2015 at 7:01am

So good to hear of your new challenge.  We don/t hear much from you anymore.  Glad you are back on line with good things to share and eat.  Thanks for posting President Benson's comment on eating.  Prayers for you both, Nora

Looking forward to sharing more..., and hopefully more fully involving other in sharing as well.

Permalink Reply by Julie Greenman on July 23, 2015 at 3:48pm
This and the part to have been so inspiring! Thank you for posting

Thank you for these messages given today and the days that have followed.  Timely answer to prayers issued!