Sabbath Gems: The Call of the Master's Voice 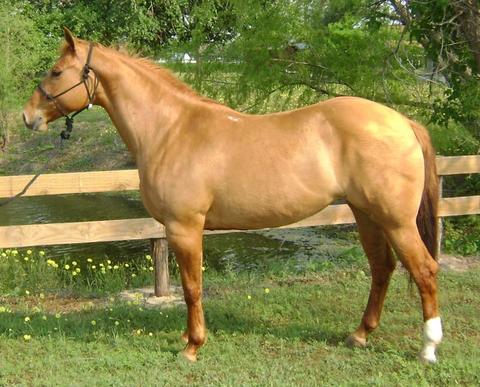 I love God's invitation to each of us to ask and to receive greater light, truth, and knowledge and his promise that  he will give it to us as fast as we are willing and able to receive more. Some time ago I asked in prayer what it meant to have a broken heart and a contrite spirit, versus being stiff-necked. I was unsatisfied with my basic understanding and so I asked, trusting in his promise that if I would ask, I would receive.

God, who knows each of us perfectly, customizes instruction to our own understanding, which is why we are commanded to ask him directly for that which we want to know. As I prayed, my mind filled with remembrance of the many horses I have trained, from my favorite to least favorite. I fondly remembered an athletic dun mare that was a dream to ride through the mountains, over streams and rivers, while breaking through unchartered dense forests, and so forth. She was perfect for my young children to ride, who had little experience, and was also all the horse an experienced rider could ever want, a rare gem among horses.

The appreciation I felt toward her was boundless. A slight pivot of my hips into the back of my saddle would cause her to slide to a stop. A gentle heal on her left side or shoulder would spin her to the right and a heal on the right would spin her to the left. She responded to every command so swiftly and smoothly that it was as if she could read my mind. No matter the command given, whether given by voice, heal, reins, slight shifts in weight, the touch of my hand, or otherwise, she always responded effortlessly and with exactness. 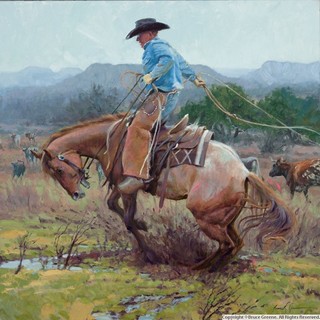 By comparison, I've worked with many horses that are referred to as jug-heads in the world of horsemen. These are not easily broken to respond to commands, whether it be a voice, heal, rein, or otherwise. When it comes to reining such horses their necks are often so stiff and unyielding that it wears you out pulling the horse this way or that and it wears them out too, just the opposite of a horse that responds easily to the slightest command. And even if they are brought to understand their master's voice, there remains an element in them that renders them untrustworthy and very limited in there capacity to serve, for even though they have been given quickness, athleticism, and other gifts from their creator, at any time and without warning, they will rebel against the very master who feeds them and who provides whatsoever they need. While there are certain uses for such renegades, they are unfavored and the highest positions of trust among their master's servants is not one of them, just as the renegade horse that destroyed my hip was sold and bought by a man who found a place of service for unfavored horses, wherein the service they were made ready for was to be sent to Europe and used as food for man. 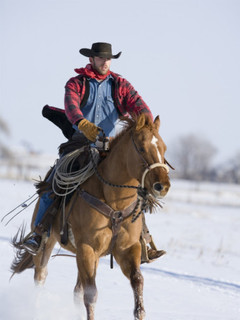 As these memories flooded into my mind, I re-lived the joy of breaking horses that are easily taught and the pain and frustration caused by true jugheads, especially for master horsemen who prefer to invite rather than compel a horse. A contrite and well-broken horse is eager to know and do the will of its Master with all its heart, might, mind, and strength, and such a horse is easily led, directed, and instructed by its masters. It can be trusted in all things, and is of immeasurable worth, insomuch that they fetched the highest prices of all horses.

As I prayed, I remembered the Lord's promise to give to us added light, truth, and knowledge as fast as we are willing and able to receive more, and as I considered the stark difference between my highly-favored horses and my jugheads it occurred to me that the Lord is seeking to make from the near nothingness of man souls whose value is immeasurable, and that as we press forward being led from grace to grace by the Master, the tree of life grows up within us. I realized also that when I get distracted by the cares of the world and the honors of men I'm about as useful a disciple to Christ as a jughead horse is to its' master. My ability to lift and serve others dwindles to nothingness, and while I wear myself weary to the bone and into a great lather, I accomplish in such moments nearly nothing of worth.
True Discipleship 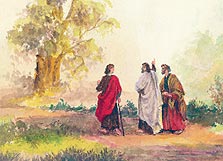 It occurred to me also that we can only receive and act upon revelation if we have learned to recognize the Lord's commands to us, which come in many forms - from the Light of Christ that leads us to do good continually, to subtle and almost imperceptible promptings, to more substantial revelation, including pure intelligence that bursts upon us suddenly, to revelatory dreams, to hearing his voice, to receiving ministering angels, and so forth. Each are forms of communication we must learn to come to receive and respond to with the grace of my horse Lady.

From that day to this, I ask the Lord continuously, to help me become as sweet to him as my horse Lady was to me. I've broken hundreds of horses, but lady responded to every command swiftly and with exactness. She was easily instructed and eager, willing and able to receive, and could act upon any instructions given. As far as horses go in their ability to serve their masters, she was truly one in a million, and I pray eagerly that the Lord can help us to become his well-broken disciples who recognize his voice and are willing and able to obey it with exactness - in its many forms.

He promises us that whosoever believeth in him, and repents of their sins, and becomes as a little child (who is easily taught or led by him), and who keeps his commandments, will receive eternal life. There are days and weeks as I struggle to understand and do his will concerning me that I am a true jughead, and I plead with him in contrition to make of me a well-broken disciple that can learn and do his will each moment of my life with grace and exactness, that perhaps one day, as I serve him with all my heart, might, mind and soul, I might come to give my Lord the joy that Lady gave to me and that through my agency to act in obedience to his will, that he may one day finish my faith and present me to his Father. Truly a primary key for any of us to lay hold upon such growth is a well-broken heart and a contrite spirit that can be most easily and gracefully led by our Master to receive his glory as he received the glory of the Father.

Be the first to share this Sabbath Gem with others!

Permalink Reply by Mindy Mitchell on October 14, 2012 at 12:02pm
Beautiful description of a broken heart. I love the term jughead to describe the stiff necked. It fits so well.
Thanks for sharing your inspiration with us.

Permalink Reply by Mary Ann on October 14, 2012 at 1:39pm
What a great analoge. You are such an inspirational writer. Thanks Jim.

Thank you both, I'm glad you enjoyed it. This has been most helpful to me and I hope others benefit from it. It makes me happy to know that I don't need to have my heart broken from failure or otherwise to come to a state of being properly attuned to the Savior. I like the thought of growing to have a very responsive heart and soul because I am contrite and eager to learn all I can. This is something I can pray for when I feel like a jughead that cannot seem to get fully aligned with God the way I want to be.

I too have enjoyed reading this and several other articles the last couple of days. James, is there a way to communicate with you in a more private setting? I have a couple of things I would like to discuss with you.